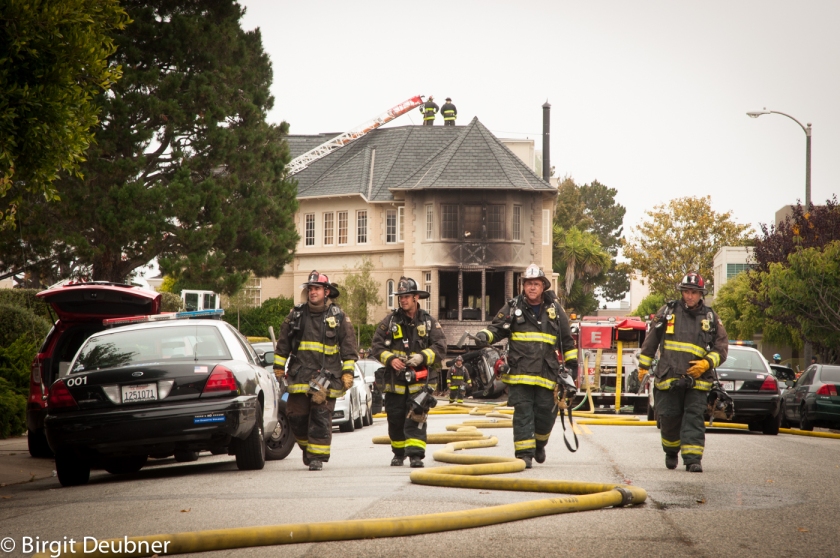 It feels like it is already such a long time ago in the past that this tragic car accident happened right in the same neighbourhood where Jason and I stayed in San Francisco.
But actually I took these photographs only 3 months ago. I moved around respectfully not obstructing the paths for the firemen and this one smiled at me as he came closer and passed me. I congratulated him on his incredible work and dedication to keeping San Francisco safe from fire as best as possible.
• 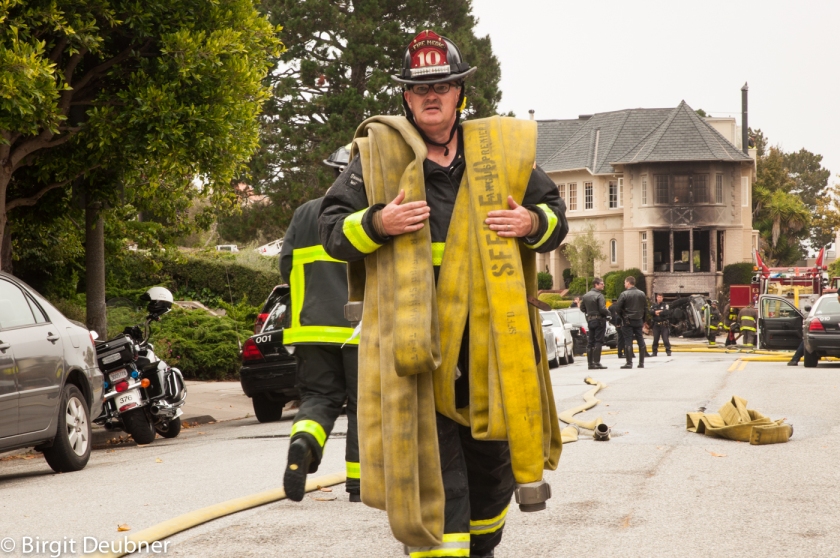 It seemed amazing to me just how incredibly fast these men and women arrived at the scene, how smooth the operations were carried out and how they saved the neighbourhood from the extended damage it could have sustained from a fire had it been allowed to spread.
What happened? The last I heard was that an elderly man lost control of his car. There had been many rumours spread across the web at first, with many spiteful, mean comments saying a person driving so recklessly deserved this fate. How horrible to think about the world this way.
In the end it was much more a case of it being a tragedy with little sense, the driver lost his life, the firemen said that with greatest likelihood the time of passing was at impact.
Some South American workers even tried to pull the person from their car but just couldn’t do it in time before it exploded.
It was such a sad event but it gave me an incredible trust and confidence in the fire services of San Francisco. I navigate the city feeling much safer, feeling that if anything would happen then at least I could completely count on the firemen & women to arrive at the scene so fast that it might be fast enough.
These are really important comforts for me to feel here, where I still experience the world as wild and scary.
• 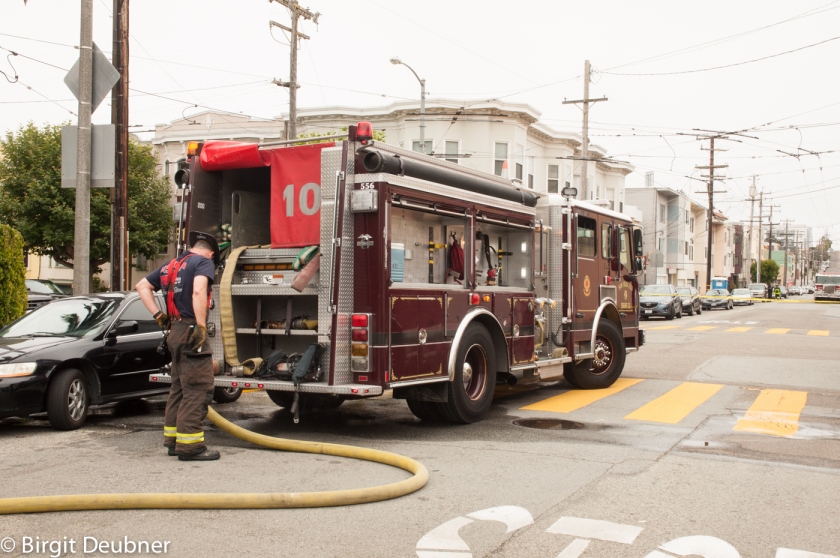 Follow Birgit Over 7 Seas on WordPress.com
Join 260 other subscribers